Awhile ago I was asked this question as part of a coaching session “Can you think of a specific time you have been influenced to change your mind and how?” 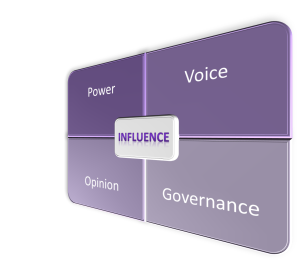 It took awhile to think about my response and with my smartphone in hand and the world of social media and apps readily and persistently available I kept pressing myself to think of a Cloud/Social Media example.  You see, so much is given to this great wonderful, and it is wonderful, new frontier of connections and influence that one automatically relates ones life to this. That, or I need to get a life! I have had some great experiences and influences through the widen reach of social media but these have often been from a one-way learning view point. I am sure this will change as the world and our working life becomes increasingly dependent on who we can reach and where we can cultivate influence and advice. But as it stands for me it was people engagement that influenced me most.

I put down my smartphone, logged out of the various social media sites and recalled the moment. In an attempt to introduce customer segmentation to an institutionalised trade organisation it was key to not only provide the facts (statics) but also embrace the emotional decision making process of the board that would sanction its adoption.

This board was made up of the very people who would be impacted by a segmented engagement with the institution – turkey voting for Christmas scenario. There were clear power pockets among this group with influence that extended beyond the institution and into trade bodies and key customers.  This could impact the outcome I was looking to achieve. Having done my analytical homework, proven the 80/20 rule and showed how cross subsidisation was supporting the masses of under contributors as the driver for improved customer retention I was set to deliver what I felt could only be a fait accompli. After all the facts speak for themselves!

A senior member of the committee agreeing with the segmentation strategy took me to one side; “You need to get the board to own the decision and then you need to support their decision through your analysis to validate it.  Without this you will be seen as challenging rather than supporting the organisation.” This was a good point and a key consideration in what was a political and emotional arena. It led to a change in tactic and a more refined stakeholder management approach. Perversely I segmented the stakeholders and looked at each through the lens of “Voice and Sphere of Influence Profile”.  This shaped how I would approach each member of the board and how to gauge their position on the strategy

The advice given and my experience in taking heed influenced my approach.  I worked more one-to-one with board members, especially those that were identified as carrying the weight to see the recommendation through or best placed to champion the strategy to the very community it would impact. It is people that make decisions on strategy not statistic and this experience changed how I approached such matters going forward.

It is also, we hope, people at the end of the posts, feeds and links. But it isn’t the same as a hand on your shoulder and a quiet, yet influential word in your ear.

iThere are no comments

Begin typing your search above and press return to search. Press Esc to cancel.